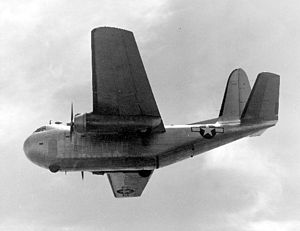 Back in 1942 during World War II, at the Budd Red Lion Plant, a group of fellows were building an airplane called the Conestoga RB1 Cargo Aircraft. They were avid rifle shooters and wanted to start a gun club so they called it the Conestoga Rod and Gun Rifle Club after the airplane they were building.

At the same time there were also three young men fighting a war in Europe and the South Pacific. The three young men went on to become the three senior members of Conestoga; who now have more than 50 years of active membership each. They are:

We owe a lot to these three men. They helped to keep the club together during the lean years. All three served as club officers as well as serving their country, and did a lot for the club.

The men who worked at the Red Lion Plant shot their .22 rifles at various places for about six years until George Stockburger (of Stockburger Chevrolet) offered them some ground on our present location. Willing workers constructed our building next to George Stockburger’ s house in 1951 back in the rural town of Southampton on two lane Street Road. To help pay expenses they had square dances on Saturday nights. Everything was going fine until the Highway Department widened Street Road to four lanes in 1968 and raised the highway to go over the railroad tracks that crossed Street Road. Stockburger’ s house was torn down and the club was doomed to the same fate until Win Goldman to put up $10,000 to buy the ground (we owned the building but not the grounds). The club repaid Win Goldman $99.00 a month for ten years.

For about a year, until the highway was finished we had no access to the club. The only way into the club was from Petro Oil Company parking lot and a little bridge over the creek.

At the time we only had about 65 members and took up collections at the meetings to pay the electric bills. As time went on we built up the membership and made improvements to the club and grounds as finances permitted. We had work parties with many club member volunteers. Bob Raysbrook patched the leaks in our roof for many years. We insulated the walls and ceiling of the range room. In 1980, when the price of fuel oil went up from .49 cents a gallon to $1.00 a gallon we ran a raffle and made $1000.00 to buy and install a new heater. Furniture and a dart board were donated. We insulated and paneled the lounge, installed a drop ceiling and new lighting in the lounge. We added a ventilation system in the range, ceiling fans, two attic fans, and installed a Masonite peg board in the range room ceiling. Past president Harold Carpenter painted the entire ceiling and the outside of the building. We put chimney caps on to prevent squirrels and raccoons from entering. This was all done by club members.

A few years back our Treasurer Walt Oehrle and his sons added armored plate to positions one and two, so we could shoot jacketed ammo and installed an air conditioner in the lounge. More recently we paved the parking lot and cut down trees that were on the hill and added wall to wall rugs in the lounge. Later the backstop was rebuilt and lowered by Chuck MacMillian, to accommodate prone rifle shooting. Many club members helped on these projects.

In the 1960’s and 1970’s we entered teams in the Delaware Valley Pistol League and were the top team in the league. We also had a rifle team in the Philadelphia Marksman League. Many plaques and trophies on display at the club attest to the expert shooting of these teams. But shooting was changed over the years, now we have more action shooting, cowboy action shooting, defensive gun, and silhouette matches rather than team matches. We even have moving target matches developed by Erich Lauff and Chuck MacMillian.

Each new season of shooting brings new ideals for future matches to the club. Come to our meetings and/or check out our web site to be informed of the latest happenings at Conestoga Rod and Gun Club.